Versace is the Italian fashion house famous for striking garments in flashy colors and the Medusa at the heart of the corporate logo. Once founded by Gianni Versace and today managed by his sister Donatella, the fashion label continues to delight customers with extravagant pieces for people who want to stand out from the crowd. Today, Versace is one of the most sought-after luxury labels in the world. 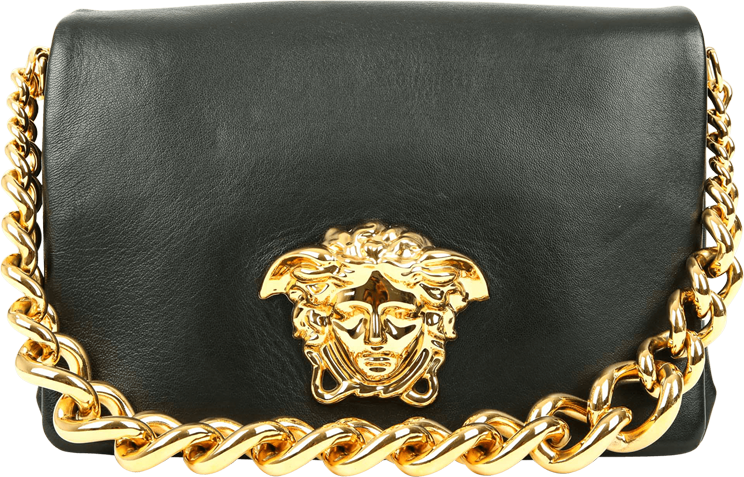 Versace was founded in 1978 in Milan by Gianni Versace. However, his success did not begin in Italy, but in Germany, more precisely in the small town of Lippstadt. Here, the young designer presented his first collection and first fashion show by request of a German textile retailer.

On the one hand, the Italian-style fashion in bright colors caused criticism from experts in the industry, on the other hand, it was a hit among most customers. Versace’s products stood out from the crowd in every way - no wonder stars like Elton John had their stage outfits created by Versace. In fact, designing theater and opera costumes was a key passion for the designer; clients included the San Francisco Opera or the New York Ballet in the 1980s.

In 1990, the breakthrough of Versace on the global catwalks began. Gianni Versace booked models like Claudia Schiffer and Linda Evangelista, who were very popular at the time, for his shows; furthermore, singers like Jon Bon Jovi or actresses like Halle Berry were part of the advertising efforts by the brand.

The most iconic piece by Versace, the safety pin dress, was worn in 1994 by Liz Hurley.

In 1997, Gianni Versace was brutally murdered. His siblings Donatella and Santo Versace continued the fashion label with at first only moderate success. But in the late 2000s, Versace returned to its former glory and is still one of the most sought-after, luxurious companies in the fashion sphere. Until today, unusual, extravagant creations are the trademark of the company from Milan.

Bestsellers by Versace are the chic dresses made of satin, primarily coming in colors of black and gold. Furthermore, the colorful creations and wild patterns inspire customers from all over the world and stand for the unmistakable charm of the eye-catching fashion label. In addition to the opulent garments, accessories and Versace handbags are also part of the repertoire. There are shoulder bags, evening bags and everyday Versace handbags that wonderfully complement the brightly colored outfits.

Versace has won numerous awards. These comprise the Bambi in 2004, as well as the “Women’s World Award” in 2005, which was awarded in the category “World Fashion Award” to current chief designer Donatella Versace.